The vision that spawned Carolina Trace began in 1959 with Joyce and W. M. ("Bill") Arnold, Jr. So secretive were they that Register of Deeds, Chandler Eakes died without knowing the nature of the project he was helping the Arnolds with. That secrecy reigned for ten years, with only Sanford oil dealer Truby Proctor, Jr., aware of what was afoot. They were later joined by Joe Brinn, Ken Eason, Jim Hickey, Dr. W. R. Hartness, C. B. Foushee, Van R. Groce, Jimmy Thomas, and others; and Sandhill Properties, Inc., was formed in 1969. 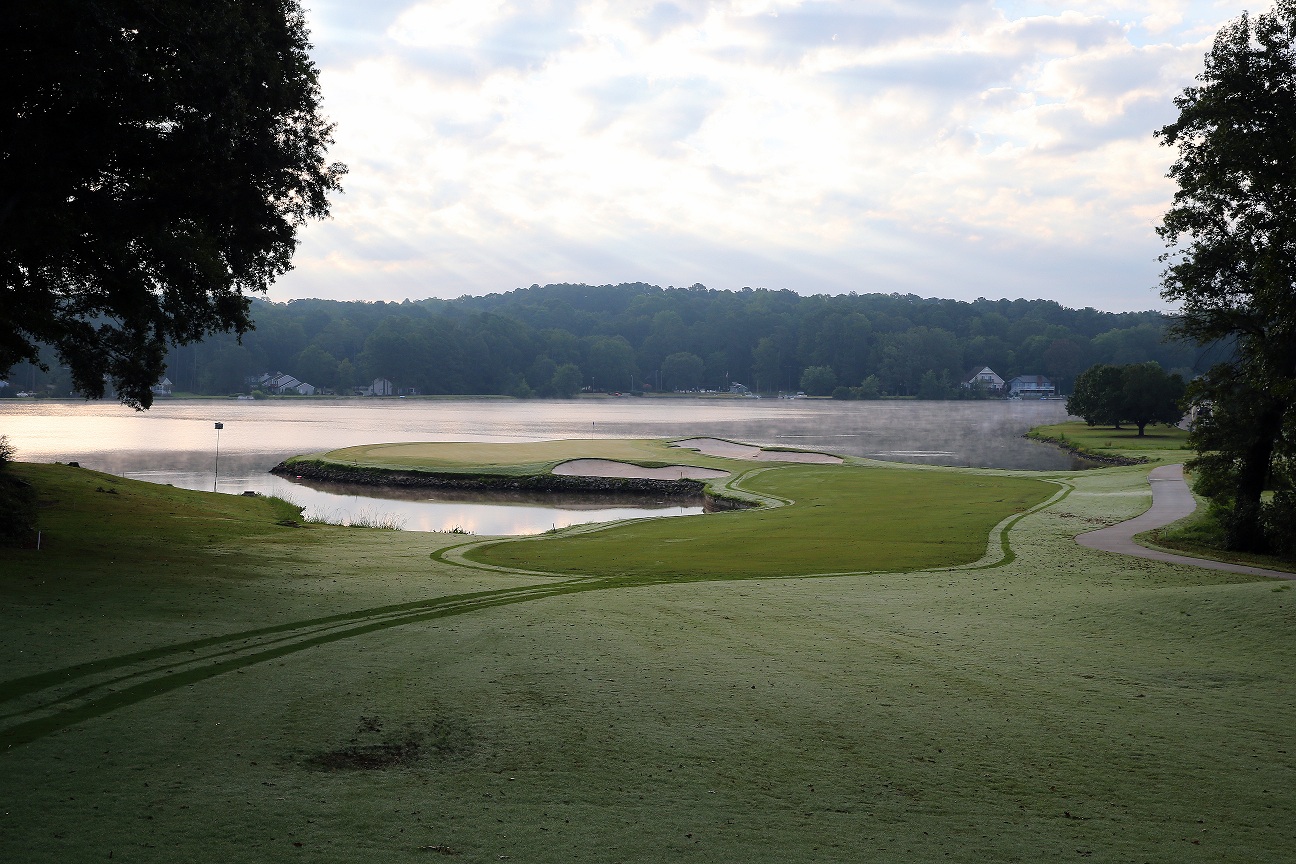 The Sanford Herald's February 10, 1969, headline, "Giant Golf-Recreational Site Planned for Area," was a shock. The golf course and dam were started in 1970, the year when the first lots (in North Shore) were sold. Three lotteries, the idea taken from such quiz shows as "The $64,000 Question," decided who received which lot. Robert Trent Jones, Sr., designed the two eighteen-hole golf courses, the Lake and the Creek, completed in 1971 and 1979, respectively. He also wanted his courses to be "watered by their own lakes," as Lake Trace (covering 300+ acres) attests.

The original Clubhouse was completed in 1972, an approximately 25,000 square-foot facility, by a local company, L. P. Cox. Mary Lewis Dusenbury who had been leading the efforts of a Sanford group seeking the development nearby of a social club and dining facility. Truby Proctor and Joe Brinn approached her with the offer of memberships, and a symbiotic relationship developed between the townspeople and Carolina Trace. Charles Reeves, Jr., of Sanford, was the first President. Many feel that this local support prevented Carolina Trace from suffering the financial troubles of similar facilities in the early seventies.

The Arnolds sold their interest in 1973 but continued to live here. In 1987, the members purchased Carolina Trace. Although Carolina Trace Country Club is privately owned, Sanford/Lee County people who are not residents of Carolina Trace, as well as businesses, are encouraged to purchase memberships.

On January 31, 2008 the Clubhouse was destroyed by an electrical fire. The spirit of the members and the local community endured despite the tragedy. About a year later, an official ground breaking ceremony was held in early February, 2009. In the interim, a new facility, the Marathon Bar and Grille opened in March of 2009. This building has become part of the tennis and pool complex. The Head Golf Professional (Mike Krick) and Golf Course Superintendent (Tim Hart) played 100 holes of golf in one day as a fundraiser. Those proceeds contributed to the beginning stages of the Marathon Bar and Grille-named in honor of their golf marathon. A select group of members led by Board of Directors Jim Martell and Karl Heidinger organized a volunteer effort to raise funds to complete the enclosure of the Marathon Bar and Grille. A grand, new Clubhouse, approximately 30,000 square-feet, was completed October 1, 2009.

Escalante Golf, Inc purchased Carolina Trace Country Club from the membership in July of 2014 with the intentions of continuing the Club with vision of its original founders. Through their expertise in golf management and their country club business model they will grow, expand and refine the Club for its members and community.

Carolina Trace has a very rich history, members celebrate and treasure its establishment. The original concept of Carolina Trace stressed weekend recreational use and second-home purchases. Today, the Arnolds' vision has metamorphosed into a friendly community of more than 1,500 homes. The emphases are on pleasant living in a beautiful and healthy environment, the camaraderie of the Country Club and championship golf.

The name evokes the "traces" of the American Indians once here and the agricultural base of the area. Carolina Trace exists on former Moore County land (that became part of Lee County when it was formed in 1907) and is in the watershed of the Upper Little River. Henry Gaster is considered the original pioneer. He registered a cattle "mark" as early as 1754 and filed a claim in 1787 to operate a mill dam along Carr's Creek.

Layers of history can be "traced" here. During the Revolutionary War, Light-Horse Harry Lee shadowed Lord Cornwallis; and its only veteran from the Patriot Side, Jacob Gaster, has a memorial stone. Confederates in the War Between the States included David Hawley and John M. Gaster. Family lineage appears in place names and (five) cemeteries, e.g., Carr's Creek, Gaster's Spring (now hidden), Dalrymples, Gilmores, Groces, Hawleys, Morrises, Sommers and Wickers. The power of the Upper Little River enabled Coxs Mill to sell corn, wheat, gin cotton and saw wood. Remnants from its water-wheel and decking are incorporated in the bar of the Marathon Bar and Grille, formerly in the Clubhouse.

Human enterprise and initiative are remembered in Brick Mill Branch, an early effort aiding the reputation of Sanford as the brick-making center of the world, and in the slate mine, sand/gravel pit, and "gold holes." Local lore abounds in "traces" of one-time moonshining and such near-legendary figures as Byrd Wicker, on whom "revenuers" reputedly "went easy" because he was disabled in World War I and had no other means of support. Farmer Will Gilmore took such pride in the excellence of his mash that he "tested" the products of others who wanted to sell under his aegis. When he ran a new batch, the traffic jammed turning into the area. In another of the coincidences that abound in the story of Carolina Trace, he died in 1961, the year the first ABC store opened in Sanford. Dock and Francis Wicker and their "helpful mule" also have a wide following. Geography asserts itself in the original reference to the area of Carolina Trace as "Foggy Bottom," where, the locals say, escaped prisoners and those who went AWOL in World War I "hid out." The Fall Line is much in evidence, separating, in miniature, the Coastal Plains from the Piedmont.

Back to Top
Please enable JS